A novel test that looks for a molecular fingerprint in needle biopsies could help improve the diagnosis of thyroid cancer and reduce unnecessary surgeries, according to new research.A new thyroid cancer test could prevent unnecessary invasive procedures. A recent PNAS paper describes the new test and how it performed in a pilot study. The findings… 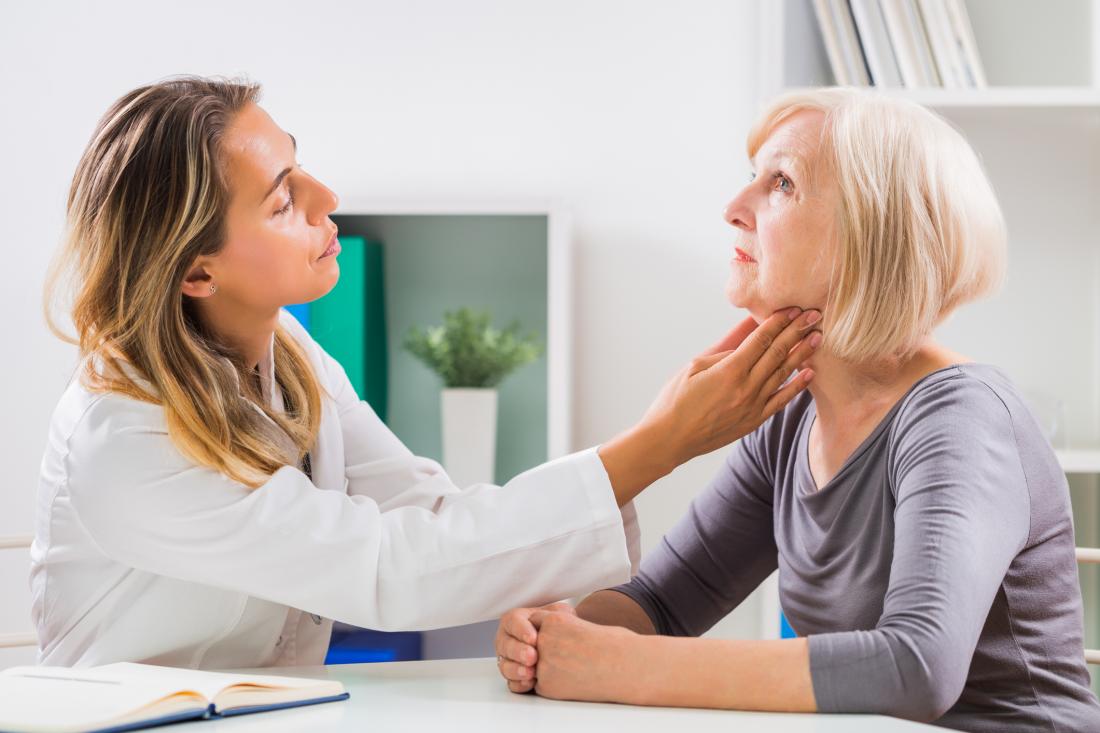 A recentPNASpaper describes the new test and how it performed in a pilot study.

The findings showed the new method to be faster and around two-thirds more accurate than those that doctors currently rely on to diagnose thyroidcancer.

The researchers say that larger trials now need to validate these early findings before doctors can start using the new test as part of routine clinical diagnosis of thyroidcancer.

Should the larger studies confirm the findings, the new test could prevent thousands of unnecessary partial or total thyroid removals each year in the United States.

Many patients who undergo thyroid removal have to take hormone replacement therapy for the rest of their lives.

“If we could prevent people from having surgery they don’t need and enable them to have a more precise diagnosis,” says co-senior study author Livia S. Eberlin, Ph.D., assistant professor of chemistry and diagnostic medicine at The University of Texas at Austin, “we can improve treatment for patients and lower costs for the healthcare system.”

Thyroid cancer diagnoses have gone up

The thyroid is a butterfly-shaped gland in the base of the throat under the Adam’s apple, or thyroid cartilage. The gland has an important role in the endocrine system. 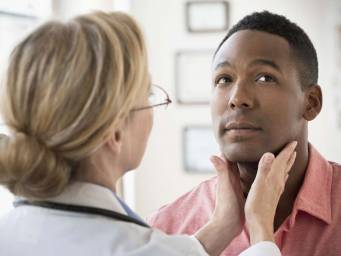 What does a hypoechoic thyroid nodule mean?
Thyroid nodules are common and mostly harmless. However, they carry a low risk of cancer. Learn more in this article.
Read now

Since 1992, annual rates of thyroid cancer diagnoses in the U.S. have climbed from 6 to more than 14 per 100,000 adults, according to the Surveillance, Epidemiology, and End Results (SEER) Program of the National Cancer Institute (NCI), one of the National Institutes of Health (NIH).

The NCI’s SEER program also estimate that there were 822,242 people living with thyroid cancer in the U.S. in 2016.

The American Cancer Society suggest that the main reason for the dramatic rise in thyroid cancer diagnoses in recent decades is the greater use of diagnostic technology such as ultrasound that can spot small nodules in the thyroid.

To diagnose thyroid cancer, doctors usually begin with a biopsy procedure called fine needle aspiration (FNA) to remove some thyroid tissue. A pathologist then examines the biopsy samples to see if the tissue is cancerous.

However, because of the limitations of the current tissue analysis tools, around 1 in 5 FNA tests cannot confirm whether cancer is present or not.

When FNA tests are inconclusive, doctors may then carry out genetic tests, but even these can return false-positive results: that is, indicate that thyroid cancer is present when it isn’t.

Because of these uncertainties, doctors often suggest that patients undergo partial or total removal of the thyroid.

The team behind the current study used mass spectrometry imaging to develop a molecular profile, or fingerprint, of the cancer. This technology allows scientists to identify the chemical byproducts, or metabolites, of cancer cell activity.

To find out which particular metabolites to include in the fingerprint, the team compared molecular profiles from tissues of 178 people with or without thyroid cancer.

The researchers then tested the accuracy of the new fingerprint model in a pilot trial involving 68 people who underwent FNA tests. Nearly a third of these people had received inconclusive FNA results.

The findings revealed that the new fingerprint test produced false-positive results in around 1 in 10 cases only. A test with this level of accuracy could have kept 17 study participants from undergoing unnecessary surgery.

The team is already preparing a 2-year trial to validate the FNA findings of roughly 1,000 people in Australia, Brazil, and the U.S.

“With this next generation test,” says co-senior study author Dr. James W. Suliburk, associate professor and chief of endocrine surgery at Baylor College of Medicine, in Houston, TX, “we can provide thyroid cancer diagnoses faster and with more precision than current techniques — this will be the new state-of-the-art.”

“We are able to do this analysis directly on the FNA sample and much more rapidly than the current process, which could take between 3 and 30 days.”