National Grid orders review into electricity supplies to hospitals, transport and emergency services after massive power cut that caused chaos and blackouts across the UKNational Grid today made its final report to energy regulator OfgemIt said blackout was due to a lightning strike and windfarm drop in powerReport makes a number of recommendations including better…

National Grid orders review into electricity supplies to hospitals, transport and emergency services after massive power cut that caused chaos and blackouts across the UK

By Richard Spillett for MailOnline

The National Grid should review the security of its systems after a power cut which caused blackouts in more than 1.1million UK homes, an official report has said.

A lightning strike on a transmission circuit in Bedfordshire followed by ‘almost simultaneous unexpected power losses’ at two plants caused blackouts on August 9.

A report published by the National Grid today found that security standards should be reviewed to see it was appropriate to take steps to improve the system’s resilience.

It called for new standards relating to ‘critical infrastructure’, hospitals, transport networks and the emergency services, to better prepare them should such a power cut happen again. 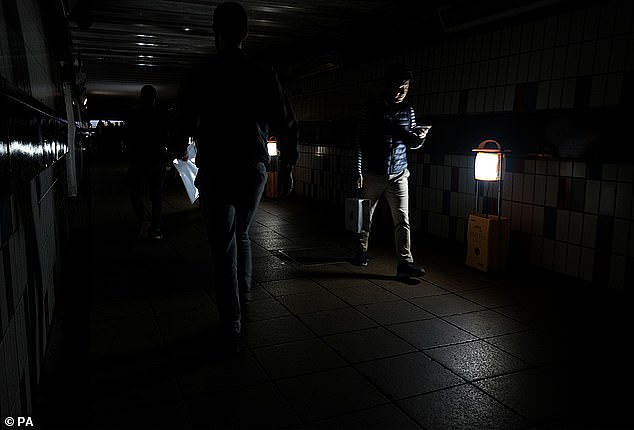 The report also recommends that communication processes, in particular during the first hour, should be reviewed for any future event.

It also said that no critical infrastructure or services should be placed at undue risk of disconnection by being on the low frequency demand disconnection (LFDD) scheme.

The report said the ‘significant ‘ consequences of the event included 1.1 million electricity customers being left without power for between 15 and 45 minutes and major disruption to parts of the rail network, including blocked lines out of Farringdon and King’s Cross stations along with wider cancellations and significant delays impacting thousands of passengers.

A major contributor to the disruption related to the particular class of train operating in the South-East area – approximately 60 trains unexpectedly shut down when the frequency dropped below 49Hz, half of which required a visit from a technician to restart.

Impacts to other critical facilities included Ipswich hospital, which lost power due to the operation of its own protection systems, and Newcastle airport, which was disconnected by the LFDD scheme.

The update was published in a final report to Ofgem by the company, explaining the circumstances surrounding a blackout that cut power and caused transport disruptions.

National Grid had said in a preliminary report on Aug. 20 that a lightning strike caused the blackout and also led to the almost simultaneous loss of output from two generators. 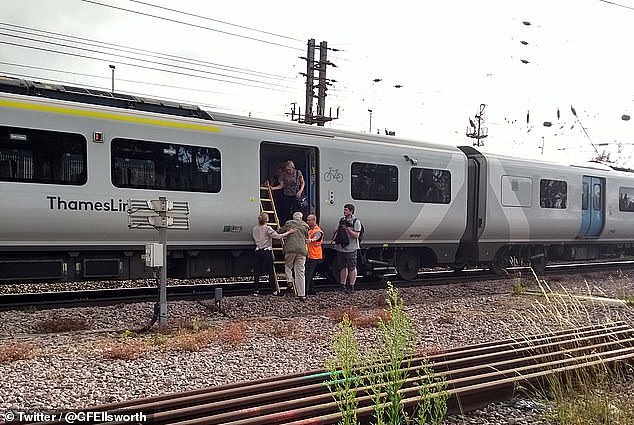 National Grid has published a technical report into the outage that left more than a million customers without power and caused travel chaos last month. It reveals…

– Before the power cut occurred on Friday the system was operating as normal, with around 30% of generation from wind, 30% from gas, 20% from nuclear and 10% imported from interconnectors.

– The weather was not unusual for the time of year, with heavy rain and some lightning storms around the transmission network north of London.

– A lightning strike occurred on a transmission circuit at 4.52pm but systems operated correctly, and the line returned to normal in around 20 seconds. There was a loss of 150 megawatts of small generation connected to the distribution network as a protection, which would be “expected” in a lightning strike. 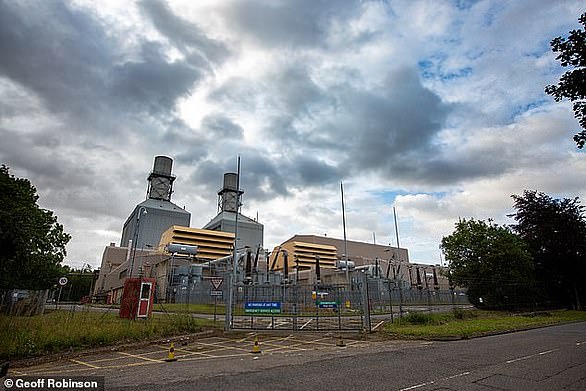 A lightning strike near the Little Barford Power Station in Bedfordshire, pictured, caused the plant to trip its safety systems and stop providing electricity to the National Grid

National Grid said the generation would not be expected to trip or “de-load” in response to a lightning strike and therefore it “appears to represent an extremely rare and unexpected event”.

– The loss of a total of 1,131 megawatts of generation caused a rapid fall in the frequency of the grid, which caused another 350 megawatts of local generation to disconnect under protection measures.

– There was automatic “back-up” power to cater for the loss of 1,000 megawatts, the level required under regulatory standards, but the total loss was 1,481 megawatts, which meant the frequency of the grid fell very quickly to outside the normal range.

– All the back-up power and tools the Electricity System Operator had were used to stop the frequency fall and bring it back into its normal levels.

– But just as it was recovering, there was a further trip of a gas turbine at the Little Barford power station, causing supply to drop a further 210 megawatts, so that the overall loss of generation totalled 1,691 megawatts.

– The scheme automatically disconnected customers on the network “in a controlled way”, taking off around 1,000 megawatts of demand, and leaving 1.1 million customers without power for between 15 and 45 minutes.

– As well as 1.1 million customers left without electricity, there was major disruption to parts of the rail network, in a large part due to a type of train operating in the South East where 60 trains shut down unexpectedly when the frequency dropped, half of which required a visit from a technician to restart.

– Other critical facilities were affected, including Ipswich Hospital and Newcastle Airport, the report said.