Restricting the use of antibiotics may not be enough to curb the spread of resistant bacteria, suggests new research in mice. Efforts will also have to focus on preventing infections by the superbugs in the first place.New experiments in mice reveal novel mechanisms by which drug resistant forms of Salmonella, shown here, can spread. These… 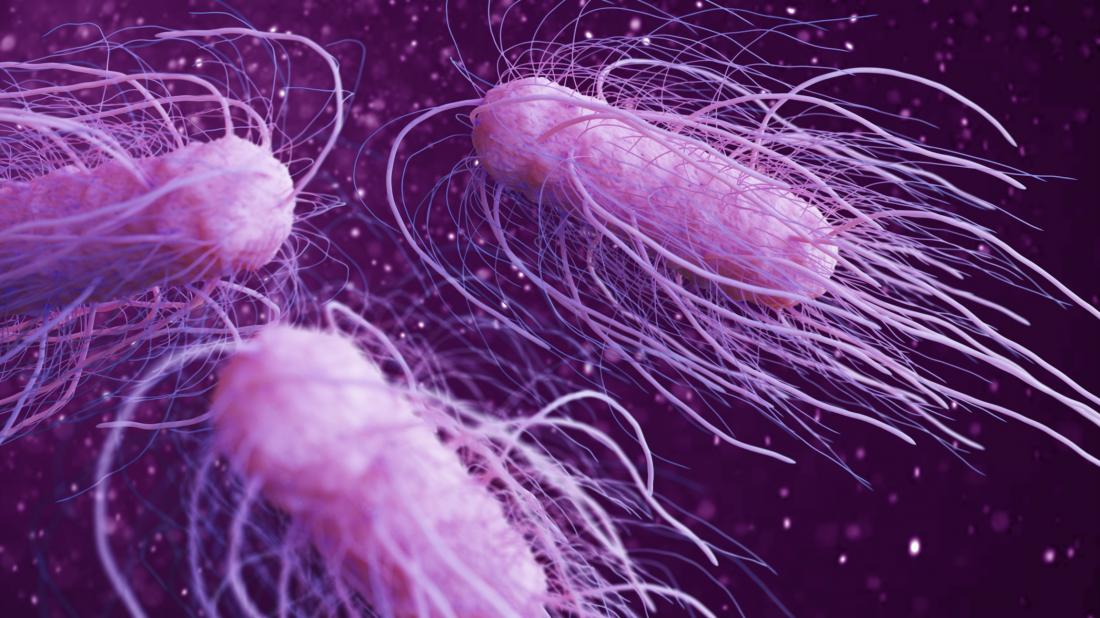 These were the conclusions that scientists at ETH Zurich in Switzerland came to after identifying a previously unknown mechanism of antibiotic resistance spread in bacteria that inhabit the gut.

A recentNaturepaper describes how, using mice, the team discovered the mechanism in persisters — persistent bacteria that can survive treatment with antibiotics by going into a dormant state.

“If you want to control the spread of resistance genes,” says co-senior study author Médéric Diard, “you have to start with the resistant microorganisms themselves and prevent these from spreading through, say, more effective hygiene measures or vaccinations.”

Until recently, Diard was working at ETH Zurich. He is now a professor at the University of Basel, also in Switzerland.

According to the World Health Organization (WHO), antibiotic resistance is a public health concern in every country.

In the United States, at least 2 million people develop antibiotic resistant infections each year, and at least 23,000 die from them, according to the Centers for Disease Control and Prevention (CDC).

Bacteria can become resistant to antibiotics by acquiring resistance genes.

They can get these genes by horizontal gene transfer from other bacteria and also through spontaneous mutation. 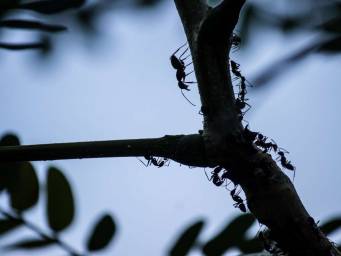 These methods include ejecting the antibiotic from the cell, preventing the drug from passing through the cell wall, and inactivating it with enzymes.

The use of antibiotics removes bacteria that succumb to their effects, leaving behind the ones that carry resistance genes.

Therefore, higher use of antibiotics promotes the spread of resistant bacteria and increases the number of infections that are hard to treat. This explanation concurs with Charles Darwin’s ideas about survival of the fittest.

Such reasoning can explain why many health authorities are calling for restrictions on the use of antibiotics.

Another mechanism of resistance spread

However, the findings of the new study suggest that restricting the use of antibiotics may not be enough to fight resistance because, thanks to persisters, it can spread without antibiotic use.

Persisters are bacteria that can wind down their metabolism to such an extent that they are barely still alive.

Scientists have known for some time that persisters exist and that antibiotics cannot kill these bacteria when they are in their dormant state.

Salmonellais a bacterium that can become a persister when it invades body tissues from the intestines.

This bacterium can lie dormant and escape detection for many months. When conditions become favorable, the germ can wake up and trigger infection.

However, even if the microbe does not cause infection to flare up, it can still pose a threat, according to the new findings.

Prof. Diard and his colleagues found thatSalmonellahas the ability not only to persist but also to carry resistance genes in the form of small pieces of DNA called plasmids.

In experiments in mice, the team showed that when the plasmid-carryingSalmonellapersisters emerge from dormancy, they can readily share their resistance genes.

Resistance spreads in absence of antibiotics

Salmonellapersisters are able to pass their resistance genes on not only to members of their own species but also to those of other species of bacteria. These other species includeEscherichia coliin the gut flora.

The resistance genes pass to bacteria that are receptive to horizontal gene transfer.

“By exploiting their persistent host bacterium, the resistance plasmids can survive for a prolonged period in one host before transferring into other bacteria,” explains co-senior author Wolf-Dietrich Hardt, a professor at ETH Zurich.

The researchers point out that the transfer of the resistance genes does not depend on the presence of antibiotics.

The team plans to investigate whether the findings also apply to pigs and other farm animals that often developSalmonellainfections.

The plan includes finding out whether giving probiotics or vaccinations can stop the spread of antibiotic resistance in these animals.

“Restricting the use of antibiotics is important and […] indeed the right thing to do, but this measure alone is not sufficient to prevent the spread of resistance.”